Pharmacy service is an important component of UK’s health care system. Although GPs are authorised by NHS to dispense medication (subject to the no “prejudice” rule against existing pharmaceutical services), three quarters of Britons prefer to go directly to pharmacies instead of GPs to obtain medication for minor illnesses. In addition, a third actually prefers to get general medical advice from their pharmacist! Aside from the lower overall cost and waiting time, many surprisingly do this to reduce the pressure from their GPs. The appeal of pharmacists also extends to their flexible operating hours, home delivery options, and in some instances, private consultation areas and rooms when speaking to pharmacists.

The importance of pharmacies is particularly more critical in rural areas, owing to the low number of practising doctors.

Community pharmacies like Lloyds in Chineham, Hampshire are facing an uncertain future. Image courtesy of the Geograph® Britain and Ireland 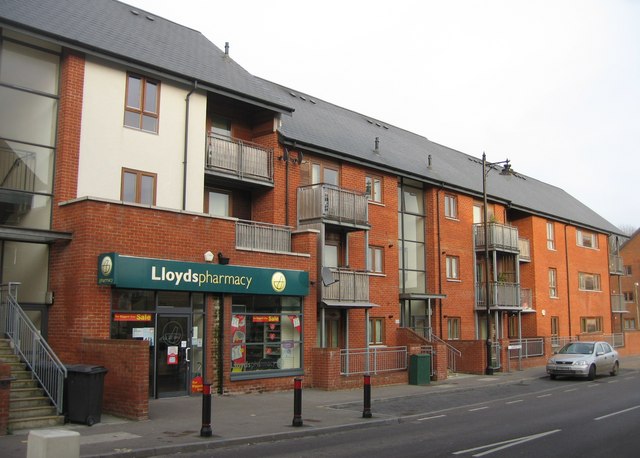 The government has made clear the critical role that community pharmacies play in NHS’ overall health care system delivery. Their role is not limited to merely dispensing prescriptions, but includes an advisory role for NHS patients on subjects involving health education and self-treatment.

However, there are many remote rural areas in the country which are not serviced by local pharmacies, which prevents residents there from making over-the-counter purchases or seeking medical advice.

Approximately 90% of the existing 11,699 pharmacies in the UK (including appliance contractors/ as of 2016/17) are situated inside large population centres, which leaves the task of dispensing prescription divided between GPs and pharmacies.

Owing to the relatively low number of customer base, community pharmacies in rural UK receives funding from the government (Community Pharmacy Contractual Framework, CPCF) to ensure they continue to operate in remote areas. However, the government announced on 20 October 2016 some aggressive changes in the funding framework to combat the ever rising cost of health care in UK. The most important change involves a £113 million reduction in funding for pharmacies.

Industry experts claimed that this reduction could lead to the closure of as many as a quarter of existing pharmacies, mostly in rural areas, within a few years. Negotiations are ongoing to resolve this issue, but until the funding are returned to previous levels, the future of independent community pharmacies in the country hang in balance.